For a comprehensive overview of UK fintech investment data, take a look at our guide.

Balance has this week secured almost £1m ($1.2m) from a US crowdfunding platform, Wefunder. Its app is designed to allow users to manage all their online transactions in a single platform. Those transactions can include purchases or sales made in cryptocurrencies – and that’s where Balance is interesting.

It’s one of a growing number of young companies capitalising on the offerings of blockchain.

In this context, “block” is another word for a record. Records can be of anything, but are frequently a payment or similar kind of transaction. A sequence of blocks, connected via a special kind of relation, is a blockchain.

Blockchains and blockchain technology have unique advantages over centralised recording systems (such as those used by many banks): because blockchains can only be adjusted with the consent of all parties, they are highly resistant to fraud or corruption, and solve problems associated with disagreement that a central authority could not. The first blockchain developed as a record of transactions of the cryptocurrency Bitcoin in the 1990s, and that same blockchain continues to be used for every Bitcoin deal today.

How are startups using it now?

A whole variety of different ways. There are 35 high-growth blockchain companies based in the UK, and whilst the majority operate in the payment processing space, several are branching out into other sectors. As we saw above, it’s not just financial transactions that can be recorded on a blockchain: almost any kind of interaction can be logged and secured using the technology. That’s currently having consequences for everything from legal tech to food safety.

Below is every equity-backed blockchain startup currently active in the UK. Hover over each to find out more about what it does 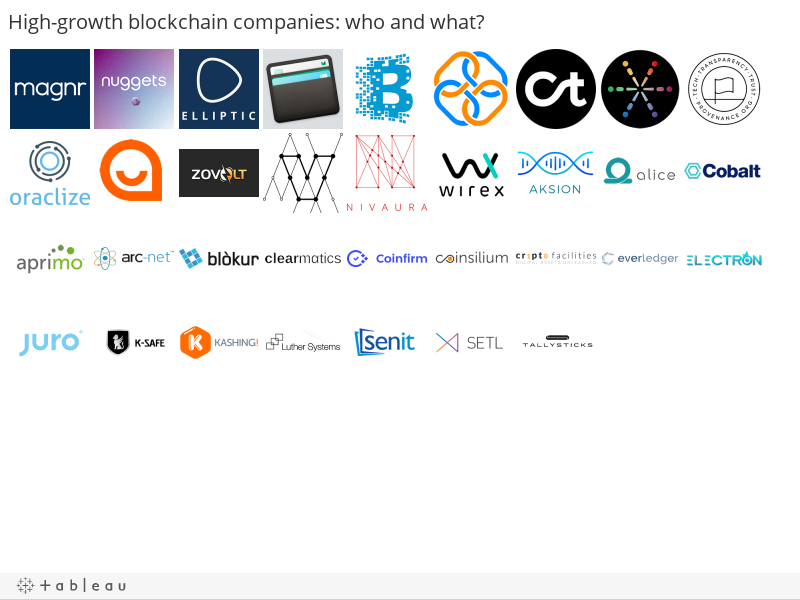 Where’s the money coming from?

Mostly, traditional venture capital firms. That said, we haven’t observed any firm invest more than twice in this cohort (Digital Currency Group, Lightspeed Venture Partners, Mosaic Ventures, Octopus Ventures and Seedcamp have all participated twice). What is striking, given the B2C nature of many of these companies, is that crowdfunders – usually prolific – are currently absent from the capital pool.

This could be due to the emergent nature of blockchain firms (the majority are at seed stage), or the level of technological know-how required in order to understand their offering. Here’s how much the companies have raised in total.

Blockchain itself, which develops an online Bitcoin wallet, is comfortably ahead of its rivals as the only growth-stage firm in the cohort. Founded in late 2014, it has raised £50.5m from investors including Google Ventures.

Explore the Beauhurst platform for yourself.

Book a 40 minute demo today to see all of the key features as well as the depth and breadth of data on the Beauhurst platform.

After the demo, they’ll follow up with you and send across a free custom report.

You’ll be surprised to see:

Our platform is best understood with a custom demonstration based on your business priorities.

Get in touch with one of our experienced London-based consultants to find out how Beauhurst can benefit your business.