Home Blog What is CleanTech and who are the Top Companies?

Businesses in the clean technology, or cleantech sector offer products or services that work to improve the long-term health of the environment. They do this by mitigating the environmental impacts of traditionally harmful industries by creating innovative products that transform the way these industries work.

Over the last ten years the cleantech companies on our list have raised a total of £2.28b. In particular, the total value of fundraisings within the cleantech industry grew exponentially year-on-year from 2017 to 2019. In 2017 £181m in total was raised, which rose rapidly to £302m in 2018 and £427m in 2019. 2020 has so far seen £210m raised within the sector despite the year’s global financial downturn caused by the Covid-19 crisis, suggesting that cleantech companies have maintained their importance in the eyes of investors.

We have used the data from our online platform, which tracks 30,000 of the UK’s high-growth companies, to rank the top ten cleantech companies by total funds raised. You’ll find that a number of this list are in the energy sector, whether they’re using natural resources to create and distribute clean energy or using energy technology to store and use power in an environmentally friendly, cost-efficient manner. There are also innovators working to update the automobile industry by improving the emissions of traditional fossil-fuelled vehicles, or deploying private and commercial electric vehicles on a large scale. Arrival aims to create an integrated transportation ecosystem which will help form sustainable urban environments that meet lower emissions targets. The company’s electric vehicles cost the same as or less than petrol and diesel equivalents, making them a viable part of the climate change solution.

Arrival’s zero-emission bus, revealed earlier this year, aims to elevate the public transport experience. It can be adapted to Covid-19-induced social distancing measures and enhances a sense of cleanliness and wellbeing for passengers. The bus is part of an integrated transportation ecosystem that will include vans, taxis, delivery robots, EV charging infrastructure, microfactories and digital services.

The technology will be assembled in local Microfactories, creating employment opportunities and paying local taxes. The company aims to have set up 1000 of these by 2026. Arrival has its headquarters in London, and offices across Europe, the United States, Russia and Israel. Arrival has secured a total of £318m in funding, £85.5m of which was raised in its last funding round in January 2020. Tokamak Energy’s mission is to create a new clean energy source. It hopes to achieve this by finding a ‘faster way to fusion’, which will lead to a safe, cost-effective, plentiful and clean source of energy helping to tackle climate change.

Tokamak’s clean technology is a unique compact spherical tokamak design, which is used to combine plasma in a magnetic field along with superconductors to create a new clean energy source. Tokamak Energy’s technology is already accepted as the most cost-effective way to fusion. Once it is demonstrable and commercialised the company will roll it out, moving towards energy efficiency and a sustainable future.

One of the Sunday Times’ Disruptors to Watch, Tokamak Energy raised £67m in its latest funding round in January 2020 and employs over 60 people in its offices just outside of Oxford. So far, the company has provided more than 1.3m people with access to clean energy from solar energy home systems. Today, BBOXX is a global company of more than 800 people, and was named as one of the 2020 Global Cleantech 100. Its latest funding round, in June 2020, saw the company raise £1.59m at a pre-money valuation of £112m.

Want to see the latest cleantech trends? Download our free report on equity investment in 2020 Oxford Photovoltaics is in the renewable energy sector, working on the energy transition: the movement from the use of fossil fuels to green alternatives. The company develops solid-state dye sensitized solar cells (perovskite cells) that can be printed on glass to create solar panels that produce more power per square meter than conventional silicon solar technology.

The company has a research and development site in Oxford, and an industrial pilot line near Berlin. A manufacturing line installation, also in Germany, is planned to be completed in 2020. Oxford Photovoltaics raised £34m in its latest fundraising, in March 2019, and was named one of the Cleantech Group’s 2020 Global Cleantech 100 companies in January this year. One of the innovators of the rechargeable battery market, Oxis Energy develops battery technology that can be used in a wide range of applications, such as powering electric vehicles.

The company is aiming to double the current cycle life of its technology to upwards of 500 lifecycles within two years. The technology contributes towards a more sustainable future by utilising sulfur, a by-product of the oil industry, which is thought to have less environmental impact in comparison to other technologies traditionally used in the battery industry.

The company’s energy technology is used within the Aviation, Aerospace, Defence, Electric Vehicles and Marine sectors. Today, Oxis Energy is headquartered in Oxfordshire and has a workforce of scientists from around the world. Now in its growth stage of evolution, Oxis has secured £90.8m to date. Its most recent round of funding, back in January, was for a surprisingly small sum of £1.04m. Zenobe operates a range of battery storage facilities and charging points for electric vehicles. The company aims to transform the way businesses use power to one that is zero-carbon, non-polluting, more flexible, and more efficient, resulting in both environmental and financial benefits.

Zenobe works with businesses that rely on a large amount of power and network infrastructure companies, using its energy storage solutions to find an efficient and cost-effective way to manage their energy use and implement it at scale. The company also works on EV fleet projects, deploying electric vehicles (buses and commercial vehicles), which helps to deliver a long-term solution to climate change.

In 2020, the company invested £25m in EV infrastructure. It implemented EV charging points, prevented bus operators from using over 50m litres of diesel fuel, and released 100 emission free buses. The company has received £77.6m of funding over 3 funding rounds, the last of which in March 2020 raised £14.9m. Bulb provides renewable energy and carbon neutral gas to households and businesses. Its co-founders both have backgrounds in the energy sector, and are now committed to making energy simpler, cheaper and greener.

Bulb invests in technology to ensure that its clean energy is efficient, and therefore financially attractive to customers. It is also easy to adopt and use: customers all pay the same simple tariff for electricity and gas, can switch providers in two minutes and pay no exit fees if they decide to leave. Bulb has also developed an app which allows users to track usage and submit meter readings on the go, as well as an online community to help inform the development of the business.

In 2016, Bulb was awarded B-Corp status, a certification awarded to businesses who operate for good as well as profit. The company’s last fundraising in June 2018 raised £60m, out of a total £65.3m. The company currently employs 550 people, all based in East London. 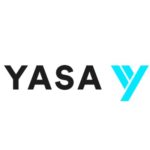 Cleantech company YASA Motors is the first on our list of technology companies working to lessen the environmental impacts of the vehicles industry. The company develops and manufactures electric motors that enable the hybridization and electrification of automobiles.

Founder and CTO Dr Tim Wollmer’s cleantech innovation allows the production of smaller and lighter motors, which the company believes have a growing role to play in meeting strict emissions targets and the global requirement for greater energy efficiency to tackle climate change. YASA Motors provides custom and off-the-shelf motors and controllers to meet the specific needs of their customers.

The company’s HQ and production facility, which can produce up to 100,000 motors and controllers per year, is based near Oxford. In May 2019, the company announced that its luxury hybrid electric vehicles were in production. YASA has secured £63.7m of equity fundraisings to date. The most recent round took place in September 2019, when Parkwalk advisors, Universal Partners, OSI and venture capital firm iNovia Capital contributed £18m at a £72.5m pre-money valuation. Azuri Technologies supplies solar panel units to individuals in rural Africa. The business models allows costs of the solar power technology to be recovered using a ‘pay as you go’ system which lasts for 18 months. At the end of this time, the panel can be upgraded or used for free. The machine learning technology maximises energy storage by adapting to customers’ needs and climatic conditions to ensure that there is ‘light all night’. The products — the Azuri TV and Quad Solar Home System which integrates lights, a radio, a torch and a phone charger — are disseminated by locally based power companies to ensure they can effectively reach remote, off-grid homes.

So far, the company has sold more than 150,000 systems to users in 12 different countries across east and west Africa. Azuri Technologies is headquartered in Cambridgeshire, has major hubs in Nairobi and Lagos, and regional offices in other locations across east and west Africa. The company was named one of the 2020 Global Cleantech 100, and raised £6.49m in its latest fundraising in April 2020. Bowman Power’s electric turbo compounding systems improve the energy efficiency of gas and diesel-fuelled engines by recovering waste heat energy from the engine exhaust and converting it into free power. This lessens the engine’s contribution to climate change by reducing CO2 emissions and the amount of fuel used. Bowman Power’s solution minimises the environmental impacts of the global demand for fossil fuels, which is set to increase by 75% by 2040.

Based in Southampton, the company has customers across Europe, South America, US, Africa, the Middle East, Asia and Oceana. Its latest fundraising, in May 2019, brought in £5.28m out of a total £55.9m raised overall.

Explore all of the UK’s top cleantech startups.

Book a 30 minute demo today to see all of the key features as well as the depth and breadth of data on the Beauhurst platform.